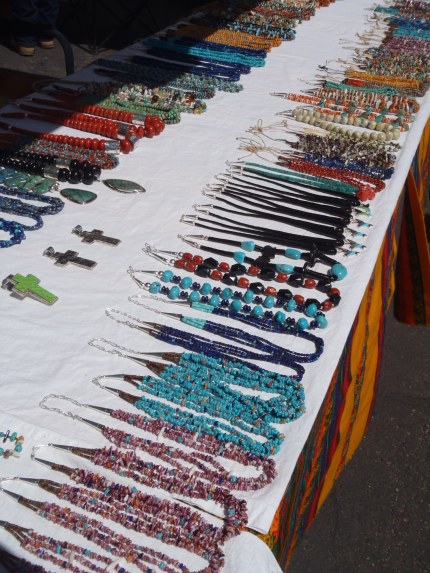 A few weeks ago I attended the annual Four Corners Indian Art Market at the Edge of the Cedars in Blanding.  This was the third market since I moved to Monticello in 2009 and I’ve been wanting to go every year, but for some reason had never made it.  So this year, for the sake of this blog, I knew that I couldn’t miss it!

The Art Market started at 9:30am, and I think we arrived around 10:30-11:00 and even before we could see the museum, we could see cars lining the streets leading up to it.  I knew it was a popular local event, but the thing that really surprised me was how many out of state license plates there were- there were people from all over the Unites States there!

The first thing we did when we arrived was find the schedule of performances that would be going on throughout the day.  Some of the performances included; the Broken Pony Pow Wow Dancers from Salt Lake City, UT, Theodore Roosevelt Junior High School Apache Crown Dancers from Fort Apache, AZ, James Bilagody from Tuba City, AZ, and the Desert Mountain Navajo Dancers from Blanding, UT among many others. 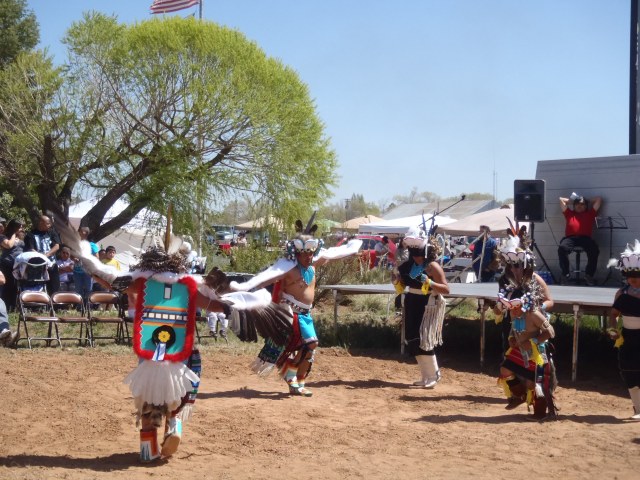 We watched a few of the performances, which I really enjoyed, but I was itching to look around at all the beautiful artwork that was for sale.  There were over 40 booths selling everything from pottery and jewelry to paintings and woven textiles.  I saw so many things that I wanted!  I’ve always had a weakness for turquoise, and it’s only gotten worse since moving to the Four Corners area where there’s so much of it available, but I had promised my husband ahead of time that I wasn’t going to be shopping for myself.  Instead I tried dropping hints about things I liked, but unfortunately I don’t think he picked up on it!

Vendors and Demonstrations in Front of Edge of the Cedars 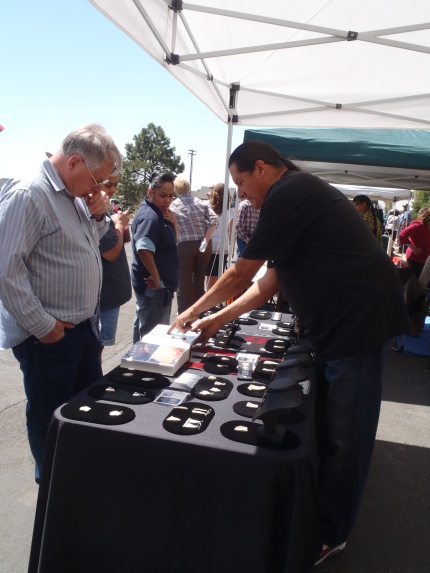 My favorite vendor- his jewelry was BEAUTIFUL!

*Before I continue, I just want to include a link to the website for the artist in the pictures above– his jewelry was absolutely beautiful, I wanted it all!!

One of my favorite things about the Art Market was having the opportunity to watch the demonstrations that were going on.  We saw a woman weaving a traditional Navajo rug which was really cool.  She was very nice and answered any questions that people had, all the while continuing with her weaving.  The thing I was most impressed with while watching her was that she wasn’t following any kind of pattern.  Well, no written pattern anyway, she said that she had the pattern in her head. 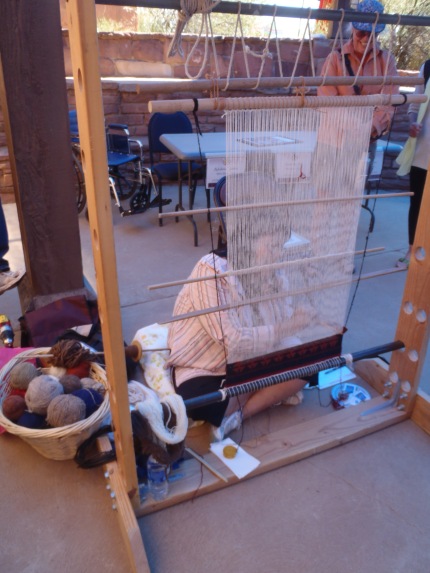 Another demonstration we saw was a woman making Piki Bread.  I had never heard of it before, so I had no idea of what the process was, but we watched as the woman making it dipped her hand into a container of blue cornmeal batter and spread it across a large flat stone.  There was a fire under the stone to heat it, and while we were watching she added wood to the fire several times to keep it at the right temperature.  I think we were probably watching for a couple minutes before we realized that she was spreading the batter on the stone with her bare hand!  I looked it up online later and learned that Piki Bread is kind of the Hopi version of a tortilla and that it usually contains only three ingredients; blue cornmeal, water, and ash.

It was really interesting to watch her make the Piki Bread, she would spread layer after layer of the thin batter on the stone, and eventually it dried and peeled up in a thin sheet which she folded up to serve.

While I somehow managed to keep my promise and not buy any jewelry, the one thing I made sure to get while we were at the Art Market was fry bread!  I LOVE fry bread- my favorite way to eat it is with butter, honey, and powdered sugar on it- Mmmmmm! 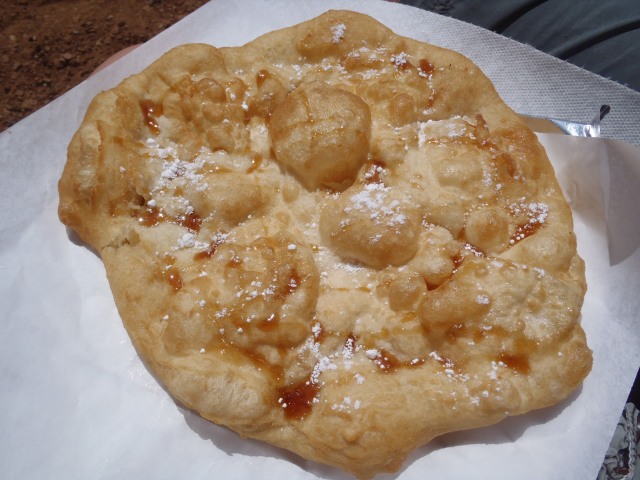 I really enjoyed the Four Corners Indian Art Market and will definitely be going again next year!  I think it’s usually held in the beginning of May, but please check the Edge of the Cedars Calendar or the Utah’s Canyon Country website each year for exact dates.  If you’re planning to visit Canyon Country in the spring, this is an event you don’t want to miss!

Distance from Blanding to lodging in San Juan County, Utah: